“Blondes have more fun!” is a stereotype that has its origins in a post-WWII Clairol advertising slogan:

Does she or doesn't she?

Only her hairdresser knows for sure!

Do blondes have more fun?

The perception of blondes having more fun has been exploited in culture and advertising for years. But studies indicate that women in general, blondes, brunettes, redheads and others are having more fun on motorcycles.

According to the Motorcycle Industry Council, the trend of more women buying motorcycles has experienced steady growth in recent years. A 2018 survey shows that women make up 19 percent of motorcycle owners. The demographic has almost doubled since 2009 when only 10 percent of bike riders were women.

While no research has been conducted to determine what percentage of women riding motorcycles are blondes, like the slogan says, they are probably having more fun.

Here are twenty photos of blondes on motorcycles.

When preparing to venture out for a spin on a vintage Harley-Davidson, all the personal equipment must be in good working order. The shoes are an example. Lacking motorcycle boots, this blonde is attaching the Velcro strips on her street shoes to ensure a tight fit for changing gears or applying the foot brake.

A helmet is not necessary…it would ruin the effect of long blonde hair blowing in the wind.

This blonde looking at someone behind her is about to say: “Don’t even think about joining me for a spin on my BMW. Today I am going to ride alone with my leather jacket and riding boots. If this bike was a Honda or a Yamaha, you might be welcome, but this is a Beamer!”

18 Sarah Harding Downgrades to a Scooter

Intruder Sarah Harding, who emerged riding a motorbike through a pile of mud during an episode of The Bachelor, claims she's a motorcycle enthusiast.

However, she somewhat tarnishing her image of an easy rider when the 26-year-old was seen outfitted in her all-black biking gear and riding a scooter around the streets of Brisbane.

Women who love choppers start their passion at an early age. They begin by taking bikes apart piece by piece to learn how they work. They move from dirt bikes to road bikes and then to choppers. They are passionate about their hobby, like Megan Margeson who rode her 1964 Harley Davidson Panhead Chopper last summer on a 5,000-mile trip from California to Canada.

16 Blonde on a Victory Motorcycle

The Victory motorcycle brand was launched as a Harley Davidson competitor in 1998 but has not been profitable in recent years. In January 2017 the parent company Polaris Industries announced that the brand will be discontinued, and the company will concentrate its efforts on its recently revived, and much more successful Indian Motorcycle brand.

However, blondes can still have fun riding a Victory, and parts are still available if needed!

Anna Sophia Berglund was discovered by GXS Motorsports, a company specializing in marketing and promotion for motorsports. She worked as a promotional model for two years before modeling for Playboy where she was the Playmate of the Month in January 2011.

Berglund has made guest appearances in episodes of the television series Desperate Housewives (2004), Hannah Montana (2006), and Cavemen (2007).

She is one blonde who knows how to have fun both on and off a motorcycle.

14 Pinky and Her Electrifying Pink Motorcycle

“Wherever I go, I let people sit on her, take pictures, tell my story. Kids and women really love it!! Men stop and typically stare at her and then come over. I have a bottle of NOS attached to the side, not hooked up. ‘Pink Storm’ attracts everyone’s eye. Once one person comes over…. I have a crowd.”

The “So What” and “What About Us” pop star Pink turns heads in her stripy bikini top riding her Triumph motorbike and flashing the peace sign.

Although her blonde hair is not visible beneath her helmet, Pink enjoys her ride while showing off her array of tattoos including the drawing of her late dog ‘Elvis’ and a favorite poem.

Sometimes blondes have more fun as a passenger on a bike, like Christina Aguilera shown here riding on a motorcycle with Cam Gigandet.

The "Genie in A Bottle" hitmaker was working on her first feature film Burlesque when this photo was taken. Gigandet, wearing a leather jacket paired with jeans, costars with her in the film and acts as her personal motorcycle chófer.

11 Marisa Miller Thinks All Men Should Ride a Bike

Supermodel Marisa Miller thinks all men should ride a bike, so she went to work for Harley-Davidson becoming the first-ever spokesperson for the motorcycle company.

She claims, “Riding a motorcycle will make you a Better Man because you get that adventurous side back in you. I think a lot of people struggle with in their marriage or relationships or getting older because you end up stuck in a rut.”

Well known for her role as the aggressive Captain Kara "Starbuck" Thrace on the sci-fi television series Battlestar Galactica, real-life Katee Sackhoff shares a passion for speed with her onscreen character. A motorcycle enthusiast, she asked Richmond, Virginia's Classified Moto to make her a custom bike.

When completed, the Classified Moto KT-600 which included parts from Honda, Kawasaki, and Triumph was a true modder's dream bike.

9 Cameron Diaz on a Motor Scooter with Tom Cruise

Tom Cruise gained fame in the 1980s film Top Gun riding a Kawasaki GPz750R motorcycle. He has ridden bikes in several of his Mission Impossible films, but for Knight and Day, he chose to ride with blonde actress, Cameron Diaz. The bike of choice was a Ducati Hypermotard. The stunts performed in the film were perhaps a bit more exciting than most women bike riders would choose.

Female motorcycle riders don’t always need to drive a Harley-Davidson Sportster, Ducati Hypermotard, or a Kawasaki Ninja H2R Superbike. They can select one that is a bit more modest like the minibike ridden by Kate Hudson.

If she doesn’t get enough attention on the miniaturized two-wheeler, the flag-adorned hair clip should do the trick.

Miley Cyrus has an enigmatic history that includes her family-friendly Hannah Montana days to wearing scantily clad attire, her sexy dance moves, and as the singer of serious fare like Wrecking Ball.

However, when she goes out for a ride in her Cam-Am Spyder Limited ST Motorcycle in Beverly Hills, she thinks “safety first” and wears a helmet.

6 Shakira Prefers to Ride than Drive a Motorcycle

Shakira is seen here riding on the back of chopper with what is undoubtedly a computer geek motorcycle club out for a weekend excursion. The group is easily identified by their helmets. Shakira wears none.

Although a ride with friends is entertaining, word has it that Shakira prefers to go on motorcycle rides with Piqué's dad.

In 2009, Maria Costello was awarded an MBE (Member British Empire) recognizing her career as one of Britain's leading female racers.

The 45-year-old hopes that other women follow her lead. Costello admits, "I think my role has become that of a pioneer. I've been around for such a long time now, and I like that, but it's great to see more girls coming into the sport.”

Blond Bombshell Tamara Raye is a musician and motorcycle enthusiast who works as a rollercoaster engineer at Disneyland. When she is not designing or repairing an amusement ride, she is cruising on a motorcycle. Here Tamara is posing with a 1964 Triumph Bonneville T120R. She will, no doubt, change her high-heeled shoes for some riding boots before going out for a spin.

Celebrity News claimed this photo made Elsa Pataky and Chris Hemsworth the hottest couple in Hollywood.

Elsa had a robust career in entertainment as a model, actress and film producer before partnering with Hemsworth. She also knew something about motorcycles. She stated, “I’ve also raced motorcycles before, so I know all about the competition and the world of racing. I think it’s very sexy.”

2 Jewel Signed Up for Riding Lessons

When singer-songwriter Jewel’s husband, rodeo star Ty Murray announced he wanted a motorcycle, she signed up for riding lessons.

Jewel commented, "I just figured I would become one of those motorcycle widows where you're always at home and your man is always on the road, and I thought if I wanted to see my husband, I should probably learn to ride one myself."

1 Gretchen Rossi on a Cosmic Harley

The “Real Housewives of Orange County" star Gretchen Rossi is occasionally seen on the back of a motorcycle with her partner Slade Smiley. She was captured in one photo carrying a pumpkin back to the house after a visit to the “pumpkin farm.” In this photo, she helped unveil the "Cosmic Harley" designed by artist Jack Armstrong, at the Harley Davidson showrooms in Marina del Rey, California. 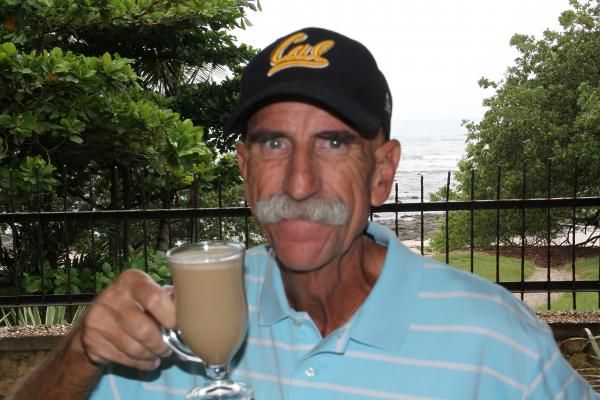 Jeff has a degree from U.C. Berkeley in Mechanical Engineering. He has a passion for automobiles and has written hundreds of published articles on every facet of the automobile industry. He has written articles on a variety of subjects including travel destinations, sleep disorders, electrical equipment, heat exchangers, and construction. Jeff has also written a book about a two-year experience as a volunteer living in Italy. His favorite pastimes include travel, reading, golf, tennis, and surfing.

Read Next in Cars And Trucks

20 Sports Cars That Were Discontinued In The Last 5 Years

20 Legendary Drag Racing Cars That Came Out Of Detroit

15 Supercars We Loved This Decade (And 5 We Didn't)

20 Things You Forgot About CD Players In Cars

20 Things Other F1 Drivers Have Said About Lewis Hamilton