We've seen Tobey Maguire, Andrew Garfield and Tom Holland all bring their own unique takes to the role of Peter Parker, and watched as they took on classic villains like Doctor Octopus, Venom, Lizard, Vulture and Mysterio. Each Spider-Man adventure was filled with laughs, romance and a lot of action, and eagle-eyed viewers were able to spot Easter eggs that were slipped into every film for the web-slinger's biggest fans. Unfortunately, however, not all of these hidden surprises amounted to anything.

Several Easter eggs seen in the Spider-Man films over the past two decades built up anticipation for the next movie, only to let fans down when nothing came of them. Here are 20 Spider-Man Easter Eggs That Never Went Anywhere.

20 THE MAN IN THE SHADOWS

When Dr. Curt Connors was sent to prison at the end of The Amazing Spider-Man, he was visited by a mysterious man who appeared in the shadows following a burst of lighting. The unnamed figure asked Connors if Peter learned the truth about his parents, and vanished upon receiving his answer.

Fans flooded the Internet with theories about who this man might be, and while credits later identified him the comic villain The Gentleman, the ASM films failed to give viewers any details about this mystery character or give his storyline any sort of resolution.

When viewers got a look at Harry Osborne's lab in Spider-Man 3, they were treated to a glimpse of a variety of different masks on his work bench, including his father's old Green Goblin mask. One mask, however, was particularly interesting because it was silver and gold and closely resembled the Hobgoblin mask from the comics.

Instead of making Harry the fan-favorite villain Hobgoblin, however, the film chose to make him a bizarre skater-esque antagonist unique to the film named New Goblin.

When Jamie Foxx's Max Dillon depressingly celebrated his birthday all by himself, he opened the fridge to reveal a cleverly frosted cake. The dessert had green trim and yellow lightning bolts on the sides, a design which closely resembled his villainous Electro costume from the comics.

Unfortunately, nothing came of this Easter egg, as Dillon never donned his classic uniform. Instead, the film opted to go with a look that better resembled the Electro of Ultimate Spider-Man comics.

While trying to come up with a clever villain name for Otto Octavius and his mechanical arms in Spider-Man 2, one of J. Jonah Jameson's employees at The Daily Bugle suggested "Doctor Strange." Jameson admitted that it was clever idea, but went on to reveal that that moniker is actually taken.

This suggests that the Sorcerer Supreme existed in that franchise's universe long before he appeared in the Marvel Cinematic Universe. Unfortunately, the first Spidey-Strange team-up didn't happen for over a decade, in Avengers: Infinity War.

When Peter first tried to fashion an identity for his superhero alter-ego in Spider-Man, he drew a variety of sketches in his notepad to figure out his future costume's design. One particular sketch may have seemed familiar to dedicated comic fans, as it was the costume of the fairly-obscure mercenary hero Stingray.

Stingray's suit gives him enhanced strength and speed, as well as the ability to breathe underwater and glide through the air. Fans hoped that this Easter egg would eventually lead to his appearance in the films, but that never happened.

15 INTRODUCTION OF THE PROWLER

Early in Spider-Man: Homecoming, Spidey came across a man named Aaron Davis, who was trying to purchase illegal weapons from the Vulture's lackeys.

In the comics, Davis becomes the antihero Prowler, who has been both a friend and foe to Spidey. Donald Glover is a huge Spider-Man enthusiast and fans have been hoping to see him portray a hero in a Spidey film for years, but he never became the Prowler in  Homecoming or its sequel.

When Spidey interrogated Aaron Davis in Homecoming, Davis mentioned that he had a young nephew and wanted to take guns off the streets for his sake. This may have seemed like an insignificant throwaway line, but Davis' nephew in the comics is actually Miles Morales, Peter Parker's replacement as Spider-Man in the Ultimate universe.

Sadly, Far From Home didn't do anything to actually bring Miles in the MCU. For now, fans just have to get their fix of the fan-favorite hero in Into the Spider-Verse.

One of the coolest Easter eggs in Spider-Man: Homecoming was the subtle introduction of Mac Gargan, the criminal who goes on to become iconic Spidey villain Scorpion. Gargan got arrested when the web-slinger foiled his weapons deal with Vulture, and when he and Toomes reunited in prison, he vowed revenge on Spider-Man and asked for the hero's secret identity.

It seemed like this would set Scorpion up as the villain of Far From Home, but he didn't even appear in that sequel.

12 RISE OF THE SINISTER SIX

When Mr. Fiers—the mysterious Man in the Shadows—appeared again at the end of Amazing Spider-Man 2, he talked with Harry Osborn about creating a team of villains who could take down the web-slinger. Harry suggested that they make their team consist of six members, alluding to the iconic Sinister Six.

Fiers later walked past a room which contained Doc Ock's mechanical tentacles, Vulture's wings, and Rhino's exoskeleton. Sadly, without a sequel to the film, fans never got to see the Sinister Six come to fruition.

11 GLIMPSE OF THE DAILY BUGLE

Just as everyone knows Clark Kent works for The Daily Planet in the Superman comics, fans all associate Peter Parker with his work as a photographer at The Daily Bugle. However, since the Amazing Spider-Man films covered Peter's life before high school graduation, he didn't start working for J. Jonah Jameson yet and the Bugle was thus not a part of his life.

The Daily Bugle did show up in the franchise, though, if viewers looked closely enough. Bugle vans could be seen on the streets of New York, so the organization existed, even if Peter never got to be a part of it.

When Harry Osborn talked to his best friend Peter about some classified Oscorp experiments in Amazing Spider-Man 2, he flipped through some private files which contained several names that true Spidey fans couldn't miss. One of these files mentioned Dr. Morbius, who comic readers know as Morbius the Living Vampire.

Morbius was never mentioned out loud and never appeared in the film, so nothing came of this fun Easter egg. Fans will have to wait until Sony's Morbius solo film to see the anti-hero on the big screen.

When Peter Parker went to college in the original Spider-Man trilogy, he struggled to balance his life as a student with his duties as the friendly neighborhood wall-crawler. This frequently put him at odds with one of his professors, Dr. Curt Connors, who viewed him as brilliant but lazy and irresponsible.

In the comics, Connors becomes The Lizard after a genetic experiment gone wrong. It's likely that this storyline would have been explored in Spider-Man 4, but that film never came to be.

Fans always loved Stan Lee's Marvel cameos, and Bruce Campbell's cameos in the original Spider-Man films were similarly iconic and beloved. He played a wrestling announcer, a theater usher and a restaurant maitre d', and his repeat appearances made fans theorize that he'd end up being Quentin Beck, the former Hollywood stuntman and special effects master who becomes Spidey antagonist Mysterio.

Sadly, Campbell's cameos didn't end up serving any purpose outside of providing viewers with a few laughs.

It was easy to understand Max Dillon's descent into madness in Amazing Spider-Man 2, as nearly everyone around him treated him poorly or acted like he was invisible. One of the worst offenders was his cold-hearted boss, Alistair Smythe.

In the comics, Smythe becomes the brilliant yet villainous Spider-Slayer. He may have gone down this path in a sequel, but since an Amazing Spider-Man 3 was never made, his inclusion in the franchise was just a useless Easter egg.

6 THE MYSTERY OF PETER'S PARENTS

A significant portion of Amazing Spider-Man and its sequel was dedicated to the mystery of Peter Parker's parents. Fans were lead to question what they really did for a living, what secrets they uncovered, and who may have brought about their deaths or disappearance. Since the franchise ended with Amazing Spider-Man 2, none of these questions were answered and time spent on the Parkers ended up just being time wasted.

We'll never know what the writers planned for Richard and Mary.

When Harry Osborn was imprisoned following his attack on Spider-Man and murder of Gwen Stacy in Amazing Spider-Man 2, he was sent to Ravencroft Institute. This jail is well-known to fans of the Spider-Man comics, as it's where the web-slinger's most dangerous adversaries are often locked up (and frequently break out of).

It's likely where all of the Sinister Six would have convened in the film's sequel, but we never got to see that happen.

When Adrian Toomes and his construction crew tried cleaning up after the Battle of New York from Avengers, a group of government officials tried to stop them from collecting the Chitauri weapons. They revealed themselves to be Damage Control, an organization tasked with cleaning up after Earth's Mightiest Heroes and helping cities recover from their battles against various evildoers.

This was meant to be a prelude to a future Damage Control television series, but Marvel scrapped that project and the organization hasn't been seen since.

When Happy Hogan was preparing for the big "moving day" in Spider-Man: Homecoming, one of the valuable and powerful objects he said he needed to transfer out of Avengers Tower was Megingjord, Thor's magical belt.

While Megingjord was never really discussed in any of the Thor or Avengers films, it's quite important in the comics as it doubles the God of Thunder's legendary strength. Perhaps if he made sure it got back to Thor, he would have been strong enough to stop Thanos in Infinity War.

Mary Jane Watson may be considered Peter Parker's greatest love, but many comic fans will forever consider Gwen Stacy to be Peter's soulmate. Spider-Man 3 tried to make Gwen-lovers happy by introducing her to the franchise, but she lacked any of Gwen's substance from the source material and her relationship with Peter was just a shallow flirtation that didn't remotely resemble their romance from early Spider-Man comics.

When Numan Acar was cast as a character named Dimitri in Spider-Man: Far From Home, most Spidey enthusiasts assumed that this guaranteed the appearance of shape-shifting antagonist Chameleon in the film. Far From Home's Dimitri was a spy working alongside Nick Fury and Maria Hill, and since Chameleon is a spy in the comics, it made perfect sense that he'd be revealed as an undercover villain just like Quentin Beck was. 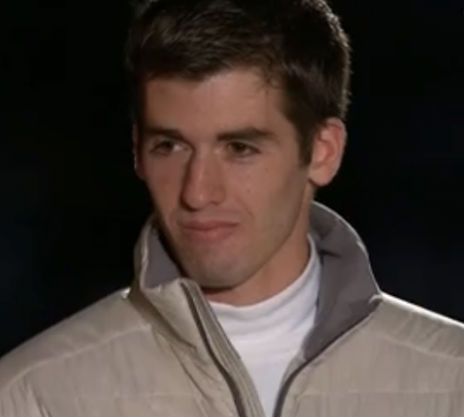 Read Next in Movies

20 Actresses We Can See As Spider-Woman In The MCU

20 Iconic Roles That Were Almost Played By Different Actors

Who Knew? Quentin Tarantino Was An Elvis Impersonator On 'The Golden Girls'