Cat lovers will be delighted to learn that Hawaii is home to the Lanai Cat Sanctuary, a nonprofit organization that provides shelter to about 620 stray cats.

Located on the small island of Lanai, the sanctuary is affectionately called the “Fur Seasons” resort. It is open to visitors who are welcome to play with, and even adopt, any of its furry residents.

The sanctuary sits on about three acres of land and is less than two miles away from the island's airport. The felines have cubby holes, baskets, and other structures to climb in and on, and according to executive director Keoni Vaughn, they have plenty of space to sprawl out.

“The average person who’s not a crazy cat person thinks, ‘Oh my God, [the sanctuary] has got to be gross and stink—but it’s the absolute opposite,” Vaughn told Mental Floss. “The two compliments we get the most are: a) It doesn’t smell, and b) It doesn’t feel like 600 cats.”

With expansions currently underway, the sanctuary will someday have the capacity to hold up to 1200 cats at once. It was founded by former nutritionist Kathy Carroll, who decided to take the island’s feral cat problem into her own hands.

At first, she captured, neutered, and released the cats. However, when she learned about the plight of the island’s endangered birds, which are hunted by wild cats, her plans changed. She set up a sanctuary where the cats would be happy, and the birds (including the ‘Ua’u, or Hawaiian petrel) would be safe.

According to Mental Floss, the sanctuary was formally established as a charity in 2009. It now receives about 200 new cats per year, approximately 50 of which are adopted annually. Although most of the cats are feral, about 40 percent of them become socialized, thanks to its 12,000 visitors a year.

When the sanctuary opens its front gate to visitors at 10 a.m. daily, about 40 cats line up to compete for human affection.

“It’s like they report to work. They’re conditioned,” Vaughn says. “When the first guests come, they’re meowing and everything because they know they’re going to get treats.”

The sanctuary is open to donations which go toward microchipping, spaying, and neutering the cats, as well as flying in a veterinarian from Oahu twice per month. Cat lovers who are unable to make it to the sanctuary can still help out by “sponsoring” a cat. After a donation, they will receive monthly updates and photos of their sponsee. 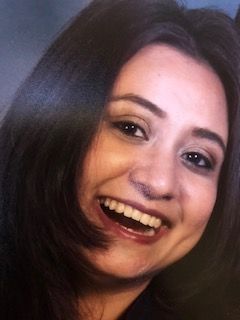